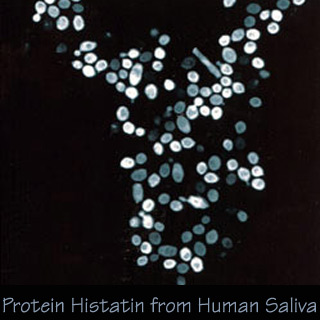 Lions and other felines are known to lick their wounds for them to heal. Apparently, it will be beneficial for humans with chronic wounds as well. According to a new research conducted by the scientists from Netherlands suggests that human saliva can help a rapid recovery of a wound.

The research promotes a great hope for people with chronic wounds like burns, traumatic injuries and wounds related to diabetes. The compounds contained in saliva if produced on large scale can be transformed into anti-biotic creams and rubbing alcohol.

“We hope our finding is ultimately beneficial for people who suffer from non-healing wounds, such as foot ulcers and diabetic ulcers, as well as for treatment of trauma-induced wounds like burns,” said first author of the report, Menno Oudhoff.

It has been discovered that human saliva consists of a protein called histatin which is believed to kill bacteria and hence heals the wounds. The scientists performed an experiment on epithelial cells cultured in dishes by creating wounds on them by scratching away the cells. In one dish the cells were filled with isotonic fluid while the other dish of wounded cells had human saliva topped on them. It was that the wounds treated with human saliva were completely closed in 16 hours whereas the wound in other dish of cells was still open. The component of the saliva that was found to be responsible for the healing was identified as histatin.

“This study not only answers the biological question of why animals lick their wounds,” said Gerald Weissmann, MD, Editor-in-Chief of The FASEB Journal, “it also explains why wounds in the mouth, like those of a tooth extraction, heal much faster than comparable wounds of the skin and bone. It also directs us to begin looking at saliva as a source for new drugs.”

The study has been published in the FASEB Journal.