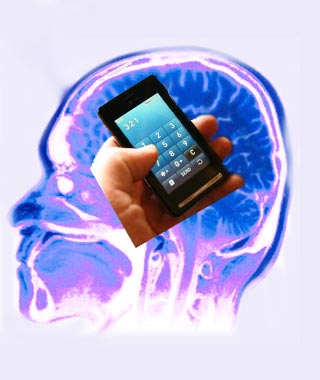 At a recent annual meeting of the U.S. Associated Professional Sleep Societies (APSS), Dr. Gaby Badre from Sahlgren’s Academy in Gothenburg, Sweden, revealed the results of a latest study which claimed that using mobile phones excessively can lead to stress, sleep disturbances and also cause fatigue. Mobile phones trigger mental problems like lack of concentration and depression.

Prof Ha ji-hyun, of the Department of Psychiatry at Konkuk University Medical Center, commented, “A call is simultaneous communication, but an SMS is not. You can get nervous while waiting for the response.”

A close study was conducted on 21 healthy people between 14 and 20 years of age devoid of irregular sleep patterns and a regular work or study hour. The subjects were split into two groups namely the experimental group and the control group.

Research suggested that on comparing the two groups, the subjects in the experimental group made more than 15 calls a day and/or sent 15 text messages had a more careless lifestyle, more susceptibility to stress and fatigue, consumed more stimulating beverages, suffered from increased restlessness and disrupted sleep. Additionally, in comparison to the control group barely one-third of them ate breakfast.

The researchers noted that mental health and sleep levels are harmed to a greater extent by texting as compared to phone calls. Also experts intimate that relying excessively on mobile phones makes children impulsive and depressive. Furthermore, cellphone addicts feel nervous without a phone and are at ease only after they text or call someone.