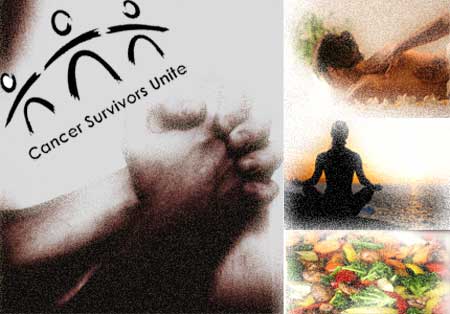 A recent study of cancer survivors published in American Cancer Society peer review journal ‘Cancer’ suggests that innumerable cancer patients resort to alternative and complementary methods like relaxation, prayer, meditation, massage and supplements. Researchers at the American Cancer Society also revealed that the likelihood of using complementary methods (CM) was higher among those who are more educated, young survivors, whites, women, and people with a superior income.

Ted Gansler, M.D., American Cancer Society and study co-author, asserted, “Our study found that several CM types are used by nearly half of cancer survivors. Surprisingly, other methods such as acupuncture and hypnosis were used by fewer than 2% of cancer survivors, even though recent studies found them to be useful in relieving some cancer-related symptoms, such as pain. We also found that the use of various CM types is significantly influenced by gender, race, age, education, cancer type, and how far the cancer had spread.”

More than 4000 survivors of ten different cancers were surveyed for 10 to 24 months after diagnosis by researchers. The study questioned survivors on the use of any of the 19 CMs to deal with cancer. A report based on this questionnaire showed that prayer/spiritual practice (61.4%), massage (11.2%), faith/spiritual healing (42.4%), acupuncture/acupressure (1.2%), support groups (9.7%), nutritional supplements/vitamins (40.1%), hypnosis (0.4%), religious counseling (11.3%), meditation (15%) and biofeedback therapy (1.0%) were the most frequently used CMs.

As most previous studies on the use of complementary methods depended on data from small sample sizes and concentrated on few or single cancer types, the studies were inefficient in providing national representative samples. However, the large data of the present study confirmed the findings of earlier studies. Researchers concluded that cancer survivors widely use complementary methods like relaxation, dietary supplements and spiritual practices to overcome the trauma of the disease.

The study further established that a significant use of CM was indicated by the type of cancer. Breast and ovarian cancer survivors had a higher tendency of using complementary methods whereas kidney and melanoma cancer survivors were least likely to use CMs.

Inactive Lifestyle could speed up Aging