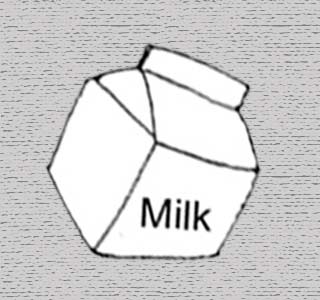 Numerous studies highlighting the benefits of drinking milk have previously been conducted. Now a latest study believes that drinking fat free milk in the morning may increase satiety (or feeling of fullness) and may decrease calorie intake at lunch in comparison to drinking a fruit drink. A team of Australian experts believe that people who drink milk in the morning may eat about 50 lesser calories (nearly 9% less food) during lunch.

It was noted that Americans may be gaining weight at a rate of up to two pounds every year. Seemingly, fat free milk is believed to be packed with nine essential nutrients which include calcium and vitamin D, and may seem to contain 80 calories per 8-ounce serving. This is presumed to have the right amount of required nutrients which may prove to be beneficial to Americans.

Evidently, it is believed that skimmed milk as compared to fruit drink may acutely seem to reduce appetite and energy intake in overweight men and women. For the purpose of evaluating this criterion, a study was conducted with 34 overweight but otherwise healthy men and women, who seem to have participated in two testing sessions.

In the first session, it was apparently stated that they were served about 20 ounces of fat free milk; whereas in the second session they were believed to have been served with the same amount of fruit drink. Presumably, both the beverages appeared to have contributed about 250 calories to the breakfast meal.

It was noted that during the period between breakfast and lunch, men and women evidently measured their feelings of fullness and were allowed to eat until comfortably full during lunch. It was observed that the people who had consumed milk seemed to be more full and satisfied and as a result seemed to consume lesser amount of calories during lunch.

The study experts believe that milk’s protein content, lactose and thickness may also play a role in its satiety benefits. Apparently, the study experts suggest selecting those foods which may help in increasing satiety. It is believed that these foods may be an important success factor in any weight management plan.

Supposedly, it is believed that when it comes to maintaining a healthy weight, even small behavior changes may make a big difference. A decrease in calorie as less as 50 calories per day, evidently may also add up in the future.

This study has been published in the July issue of the American Journal of Clinical Nutrition.