Many men around the world have been taking the Viagra drug as a solution to their unhappy sex lives. Apparently, depressed women with not so happening sex lives should also try the pill to reap a fruitful sex life. 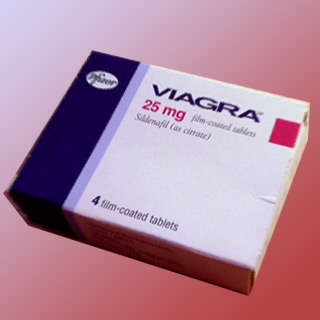 Women who are on antidepressants and unable to achieve orgasm ie suffer from sexual dysfunction can achieve a successful sex life, reports a study. The study was conducted for as much as eight-weeks that concluded that Sildenafil, also known as Viagra, helped women achieve orgasm, reported HealthDay.

“In this study population, sildenafil treatment of sexual dysfunction in women taking SRIs was associated with a reduction in adverse sexual effects,” authors of the study explain.

Journal of Clinical Psychiatry had published the study conducted by Dr. H. George Nurnberg, of the University of New Mexico School of Medicine, in Albuquerque and his colleagues that studied men. This time again, Nurnberg and his colleagues have come up with the same results for women. The latest study has been published in the July issue of Journal of the American Medical Association.

The study authors note that the women taking Viagra have reported better sexual satisfaction with increased orgasm, while the study was conducted.

“There’s no definitive answer to date on how antidepressants cause a lack of libido. It could be because they’re affecting dopamine, and women may be experiencing changes in dopamine that indirectly affect vaginal lubrication and arousal and cause decreased blood flow,” she added.

Referring to the study made by Nurnberg, Chervenak says that, “It’s an enticing study, and it makes me want to know more. Does it make me want to prescribe Viagra right off the bat? Not at this point. I’d suggest first that patients keep a symptom diary, so we can figure out what their issue is. Is it arousal? Is it decreased blood flow? Is it an orgasm problem?”

“Another possibility might be to work with their psychiatrist,” she added. “Would it be better to change the antidepressant or to taper the dose? What about a drug holiday? Although you have to be careful, and people can’t do that on their own, because there can be potentially devastating problems if you come off these medications too quickly.”

“This study has opened up many questions, and hopefully, we’ll learn more in the future,” she concluded.

However, Viagra’s use as a treatment for women still has to receive a clearance from Pfizer, the manufacturer of the pill.