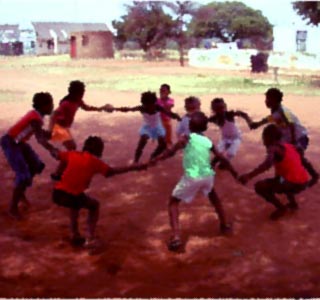 A new report by federal government researchers reveals that immigrant children in the United States have a low tendency to participate in sports and other forms of physical activity. With the growing obesity epidemic in the US, the research is of great interest. Extending to children as well as adults, it brings forth the risks of many complications including diabetes mellitus. Immigrants presently comprise of 12.6 % of the US population and are an eminent part of the American culture.

The analysis included a review of data from the 2003 National Survey of Children’s Health. It suggested that an overall of 11 % of US children were inactive with more than 42 % of them not participating in any sports and nearly 17% watching 3 hours or more of television everyday. A close examination of different kid groups revealed that compared to 9.5% for white children born in the U.S, approximately 22.5% of immigrant Hispanic children were physically inactive. However immigrant children did watch lesser television.

An observation of the physical activity habits of children in certain ethnic-immigrant groups brought researchers to the conclusion that nativity played a really important role. Authors noted that the overall health advantage of immigrant children over U.S-born populations during adulthood was likely to reduce due to lower physical activity.

Given the health benefits of regular exercise, immigrant children should also be included in health education programs fabricated to promote physical activity among children from socially disadvantaged households This will certainly reduce disparities in childhood physical activity.

The study is published in the August issue of the Archives of Pediatrics and Adolescent Medicine.