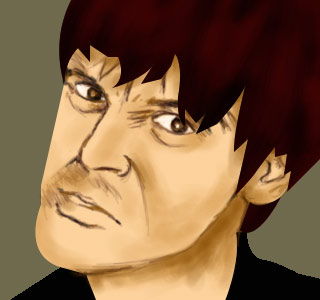 The mood of a person may be influenced by the way the visual system filters a perceptual experience. People putting on glasses which have a tint of rose-color may possibly see the world differently than others. This observation was made by a group of experts from the University of Toronto.

Through fMRI these experts were believed to have determined the way the visual cortex may process sensory information when a person is in a specific mood. For this purpose they were believed to have analyzed the effect of images on a person’s mood. A group of people were allegedly shown a face image in the center which was believed to have been surrounded by “place” images. All of these participants were notably asked to identify the gender of the face by merely looking at it. Evidently it was observed that when in a bad mood the subjects may not satisfactorily process the place images in the background. On the other hand, when the same image was believed to have been exposed to a people in a good mood, they seemed to take a keen notice of the background information as well.

Professor Adam Anderson of psychology has stated that, “Good and bad moods literally change the way our visual cortex operates and how we see.”

This observation was made by looking at the specific parts of the participants’ brains when they were in different moods. Those areas of the brain were apparently analyzed which process information about places and also how this area may be associated with that part of the brain which is related to primary visual cortical responses.

Taylor Schmitz, a graduate student of Anderson’s and lead author of the study has mentioned that, “Under positive moods, people may process a greater number of objects in their environment, which sounds like a good thing, but it also can result in distraction,” He further continues that, “Good moods enhance the literal size of the window through which we see the world. The upside of this is that we can see things from a more global, or integrative perspective. The downside is that this can lead to distraction on critical tasks that require narrow focus, such as operating dangerous machinery or airport screening of passenger baggage. Bad moods, on the other hand, may keep us more narrowly focused, preventing us from integrating information outside of our direct attentional focus.”

Therefore it was observed that wearing rose-colored glasses of a good mood may not only have to do with the color but also with the expansiveness of a person’s vision.

This study was held in association with the Canadian Institutes of Health Research and the Canada Research Chairs program. These findings were published in the Journal of Neuroscience.