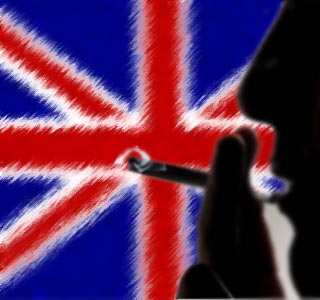 A recent study reports that in spite of the dangers of a second malignancy, one fifth of British adults who survived childhood cancers presently smoke. Further revealing, the study confirmed that almost a third of them were regular smokers at one time in their lives. Published online in the July 2008 issue of the Journal of National Cancer Institute, the report is based on data from more than 10,000 surveys on adult survivors who were first diagnosed with cancer between 1940 and 1991.

Karen Emmons, of the Dana-Farber Cancer Institute and Harvard School of Public Health in Boston in an accompanying editorial mentioned that the results of the present survey were strikingly similar to U.S. Childhood Cancer Survivor Study. The US report suggested that around 28 % of cancer survivors were regular smokers at some time and 17 % survivors were current smokers.

Researchers found that the tendency to smoke regularly was high among survivors of Wilms’ tumor, Hodgkin lymphoma or soft tissue sarcomas whereas those who had central nervous system cancers or heritable retinoblastoma were least likely to smoke. Additionally individuals subjected to radiation or chemotherapy had a lower inclination towards smoking as against those who were not recipients of that type of therapy. Also those cancer patients who did not have regular hospital follow-up appointments were more prone to take up regular smoking.

Authors of the study commented that all programs of clinical follow-up for childhood cancer survivors should emphasize on the health risks of smoking. Surprisingly less than half of the survivorship programs in the US offer smoking cessation services. Emmons remarked that an increased effort to reduce the rate of smoking in adult survivors was needed.

With a particularly high risk of second malignancies among survivors of Wilms’ tumor, Hodgkin lymphoma, and soft tissue sarcomas the alarmingly increased rate of smoking among them could be hazardous. Researchers came to an agreement that a greater effort was required to reduce smoking among this group. The sole reason for this is that the rate of smoking in adult childhood cancer survivors is approximately half of the British population.