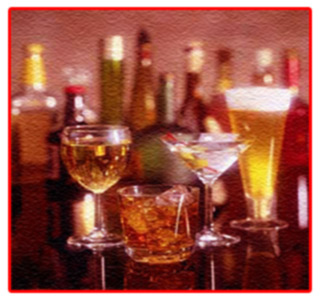 Many teens start drinking due to varied reasons like peer pressure, urge to experiment etc. These early drinkers are then most likely to depend on alcohol at the later stages of their lives.

Drinking at an early age can lead to later alcohol dependence

An individual who is at the verge of onset of drinking (AOD) would gradually form an alcohol dependence (AD) habit. According to prior reports there has been a considerable rise in drinking and AD amongst women born between 1944-1983 than women born between 1934- 1943, and this study analyzed the influence of AOD. The end results portrayed that women born after 1944 were found to consume alcohol even before their predecessors had started to drink.

“Previous work had found that about one in three individuals who reported having started drinking at ages 17 or younger also reported having been alcohol dependent, either currently or previously,” explained Richard A. Grucza, an epidemiologist at Washington University School of Medicine and the study’s corresponding author. “For people who reported that they started drinking at age 21 or older, that number is one in ten. In other words, individuals who begin drinking at 17 or younger are more than three times more likely to develop AD than those who begin at age 21 or older.”

“This manuscript has elegantly demonstrated that the reduction in AOD seen in women born after 1944 was associated with an increase in AD,” said Wilson M. Compton, director of the Division of Epidemiology, Services and Prevention Research, at the National Institute on Drug Abuse. “By analyzing information from two large studies [conducted 10 years apart], the researchers have disentangled when in history there was a change in AOD in comparison with rates of AD.”

Two extensive national surveys were used, one is the National Longitudinal Alcohol Epidemiologic Survey (NLAES), held in 1991 and 1992 and second is the National Epidemiological Survey on Alcohol and Related Conditions (NESARC), held in 2001 and 2002. The alterations in AOD and the AD from the survey were studied by Grucza and his colleagues and at the same time they analyzed the study keeping the age factor in mind.

The study also saw the difference in both men and women who had early AODs, born between 1944 and 1963 compared to the earlier group of (1934-1943). It was found that the reduction in AOD was double for women almost up to 3.2 years compared to men up to 1.6 years.

“One compelling perspective is that people who are at high genetic risk for AD begin drinking earlier for the same reasons that they develop AD. For example, they may be more impulsive, prone to greater risk taking, have a harder time controlling their behavior, and so on. Since delaying AOD by itself wouldn’t change these other factors, it wouldn’t necessarily lead to reduced AD.” Although Grucza remarked that these findings gainsays the viewpoint as alterations in AOD over time does foretell changes in AD.

This points that postponement in alcohol use via certain prevention programs would result in the reduction of alcohol problems and the alcohol dependence later in life, according to Grucza and Compton.

“Different states lowered and then increased the age for legal drinking at different times in the 1970s and 1980s,” he observed, “and these changes present a potential opportunity to more closely examine the connection between alcohol policies and rates of AD over time,” adds Compton who is expecting to see a state-by-state differentiation of MLDAs.

The results would be published in the August issue of Alcoholism: Clinical Experimental Research and they are now available at OnlineEarly.