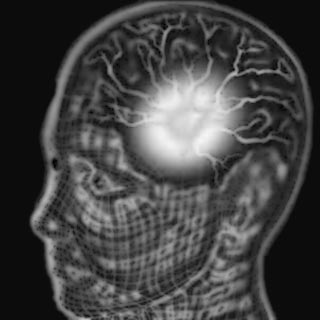 This discovery was made through a very intriguing cause. The research participants while being studied have to get their brains scanned through the functional magnetic resonance imaging (fMRI). While this powerful and resourceful technology can produce remarkable computerized images of the brain working to form a new memory, it also produces a noise similar to “jack hammer”, which is very inconvenient for the person who is inside it while being scanned.

The research participants, while being scanned, are given hearing protection like ear plugs and cushions around the head and ears, but the older adults have complained more often of the high noise disturbance than younger adults.

The scientists at the Rotman Research Institute at Baycrest say that this noise is the reason behind their latest discovery of unique brain activity underlying memory encoding failure, which seems to happen only in older brains.

Until now only a few studies have being undertaken on this particular topic. In the latest Baycrest study, 12 younger adults, on an average aged 26; and 12 older adults, on an average aged 70, have participated. They participated in a face recognition task which involved having their brains scanned with fMRI, while being showed face pictures, and also later while trying to remember whether they had seen those faces before.

The researchers stated that when the participants, irrespective of their age, faced difficulty encoding a new memory, this was marked by decreased activity in the brain regions crucial for encoding, like the hippocampus. This fact did not come as a surprise for the researchers, because of innumerable data stating the importance of the hippocampus for making memories. However, the outcome of the older brains was different. Dale Stevens, who leads the study as a psychology graduate at Baycrest’s Rotman Research Institute, says that, “The older brains showed increased activation in certain regions that normally should be quieter or tuned down.” He further says that, “The auditory cortex and prefrontal cortex, which are associated with external environmental monitoring, were idling too high. The older brains were processing too much irrelevant information from their external environment – basically the scanner noise.” The younger brains did not show this idling during their failed memory encoding.

The older adults recognized the same number of faces as the younger adults; however they could not recall all the faces they had being shown before.

The scientists recommend the older adults to make an effort to reduce distractions in their external environment and pay attention to one assignment at a time.

Stevens was assisted by senior scientists Drs. Cheryl Grady and Lynn Hasher, both of whom are distinguished researchers in aging, memory, attention and distraction.

This study was published in The Journal of Neuroscience issue. This was supported by a Canadian Institutes of Health Research grant. Baycrest is an academic health sciences centre, affiliated with the University of Toronto.