Some days back, the sunscreens from leading brands had come under the scanner due to their tendency to cause cancer and for not carrying required protective agents. Now it’s the turn of moisturisers. However, there is no reason to panic as it’s the mice that have been found to develop cancer from moisturisers. 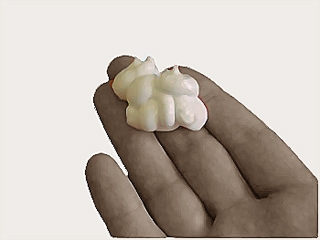 A latest study has revealed that the hairless mice that were studied upon showed increased risk of tumours after being applied with four moisturisers. The researchers from Rutgers University, New Jersey, United States discovered development of skin cancer after they were exposed to UV rays that are responsible for causing cancer.

Allan Conney, the lead researcher, then removed the ingredients like mineral oil and sodium lauryl sulfate that he suspected to cause cancer. The mice treated with these ingredients-less moisturisers showed a drop in risk of developing non-melanoma skin cancer.

“The UV source used to pre-sensitise the mice is a very poor surrogate for sun exposure,” commented Brian Diffey, an emeritus professor at Newcastle University in Britain.

Gordon McVie, a senior consultant at the European Institute of Oncology said, “This has no relevance to causation of human skin cancer and does not prove in any way whatever that moisturising creams are cancer-causing in humans;” more so because the hairless rodent’s skin is thinner and permeable than humans.

Although this does imply that there is a need for research in humans as well, there is no reason to worry as there are no evidences of moisturisers causing non-melanoma skin cancers in human. This type of a skin-cancer can be surgically treated.