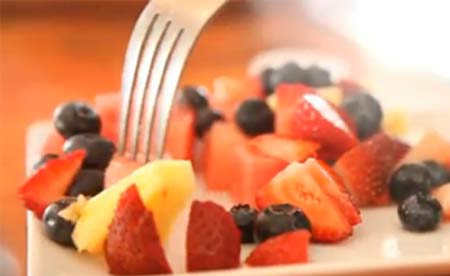 A new weight loss tip has arrived for all those fitness enthusiasts out there. It could be better off to watch the time when food is eaten rather than what is being consumed, claim experts from the Salk Institute.

The scientists conducted a research with mice to reach this conclusion. Generally, weight loss centers and professionals suggest eating small meals throughout the day for attaining weight loss. Though that may be true to an extent, this analysis showed that fasting plays an important role in combating obesity too.

“This was a surprising result. For the last 50 years, we have been told to reduce our calories from fat and to eat smaller meals and snacks throughout the day. We found, however, that fasting time is important. By eating in a time-restricted fashion, you can still resist the damaging effects of a high-fat diet, and we did not find any adverse effects of time-restricted eating when eating healthy food,” commented Megumi Hatori, a postdoctoral researcher in Panda’s laboratory and a first author of the study.

Moreover, most people are restricted from eating oily and fried foods that are high in cholesterol and fat. The findings found in the journal, Cell Metabolism showed that a set of mice that was fed fatty food just as the second group still weighed less than the latter. Essentially, there was one aspect that could have possibly done the trick. The group that weighed less ate the fatty foods over a long period of time along with fasting. This did not seem to be the case with mice that ate the same all through the day.

This made the investigators conclude that it is not what we eat, but when we eat, that’s important. However, it would be wrong to infer that eating lots of high-calorie food is fine if we fast. The trial basically showed that fasting could have a beneficial effect on the negative impact of unhealthy foods.