A study presented at the American Psychological Association has produced an astonishing report. According to the study, almost half the college going population has suicidal tendencies or considers suicide while some have practically tried to kill themselves. 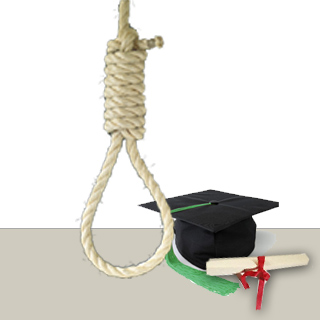 The survey by National Research Consortium of Counseling Centers in Higher Education was conducted via the Web which enquired 26,000 students from 70 colleges and universities in US.

Some students admitted of thinking about suicide but that did not go on for more than a day. However some students who were considering suicide for a long time but did not feel like talking about it to their friends, parents or professors and this category of students accounts to 50 percent of the total student population.

This implies that it will be difficult to monitor the students’ mental health and hence researchers are stressing on the need for helping hand or support for students in US also because according to National Alliance on Mental Health, suicide has been a second-leading cause of death in US students.