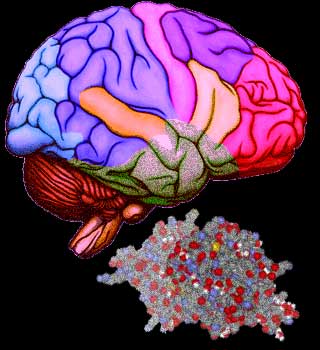 We often blame a poor diet and lack of exercise to being obese. We could be in for a surprise with a recent study that claims to have recognized a chemical in the brain that partakes in controlling appetite and obesity. The researchers reveal a significant role of this chemical in weight gain.

Recent studies in mice had discovered that the absence of a copy of the brain-derived neurotrophic factor (BDNF) led to overeating and obesity. BDNF is a chemical produced in the brain that is important for energy homeostasis. This finding in mice made scientists look to humans for an answer as very little is known about the part of BDNF in energy balance in humans.

Duane Alexander, M.D., director of the National Institute of Health’s Eunice Kennedy Shriver National Institute of Child Health and Human Development, remarked, “This is a promising new lead in the search for biological pathways that contribute to obesity. This finding may eventually lead to the development of new drugs to regulate appetite in people who have not had success with other treatments.”

For the study scientists examined the association of genotype and body-mass index (BMI) in 33 patients with WAGR syndrome. WAGR syndrome is a rare condition in which two genes located near the BDNF gene are missing.

Analysis showed that by the age of 10, about 58 % of the patients who lacked one copy of the BDNF gene were obese. These subjects also had a strong tendency to overeat. Other 14 people in whom two working copies of the gene were present were more likely to overeat or become obese as the general population.

The study thus concluded that the role of BDNF in energy homeostasis in humans could help in developing treatments for people with obesity.

The findings of this study are published in the New England Journal of Medicine.