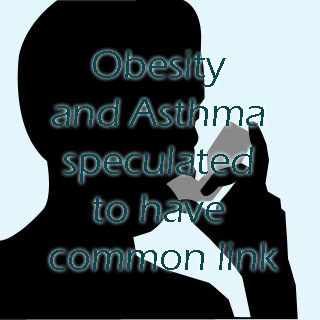 Apparently, obesity and asthma have a common link associating them. Epidemiologists speculate that there is a common underlying condition between these two disorders. However, researchers have determined that the systemic inflammation that was being thought to be the link since long is not the actually the link.

However, the research that Taylor and his colleagues conducted on 79 women has yielded negative results disapproving the hypothesis.

The asthmatic women were instructed to avoid the anti-inflammatory inhaler treatment until “loss of control”. These participants then had to undergo blood tests and tests of biomarkers of systemic and airway inflammation, after four weeks of withdrawal period.

The interactions between systemic and airway-specific markers of inflammation were compared by the researchers that revealed no link.

However, Dr. Taylor is positive that obesity and asthma do hold a common association, since the obese patients with asthma often prove to be difficult cases to be treated. Possibly because, the lung function in the obese people during the episodes of asthma differs due to excess of body weight explains Dr. Taylor.

“Obese patients with asthma are more difficult to treat because their response to bronchoconstriction is exaggerated and gives the impression that the asthma is worse,”

The failed hypothesis only adds to the body of knowledge in this link between asthma and obesity says Dr.Taylor affirmatively and hence stresses on the need for future research on the same.