Ladies, if you always wanted to know whether your man is loyal to you or not, then you will be able to find the answer in his genes! Yes, now genes will decide whether a man is monogamous or not. 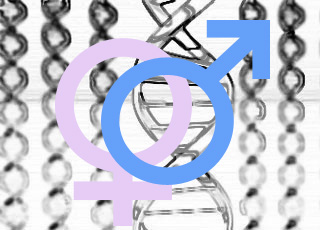 Apparently, men come with a gene that keeps their hormone under control that keeps them emotionally bonded to the one woman in their life, says a study.

“Men with two copies of the allele had twice the risk of experiencing marital dysfunction, with a threat of divorce during the last year, compared to men carrying one or no copies,” said Hasse Walum, a behavioral geneticist at the Karolinska Institute in Stockholm who led the study. “Women married to men with one or two copies of the allele scored lower on average on how satisfied they were with the relationship compared to women married to men with no copies.”

However women who wanted to have a perfect marital bliss don’t think of going for the DNA test that will reveal whether their partner has ‘it’ or not since the researchers haven’t revealed as to ‘how much’ of the gene actually encourages monogamy.

“We can’t with any accuracy predict effects on behavior,” says Hasse Walum of the Karolinska Institute in Stockholm. “A lot of different things determine how happy you will be in a relationship.”

So the researchers are not willing to confirm whether a man’s commitment into a relationship can be judged solely on the basis of his genes or not, however, one mammal researchers can be sure of are the prairie voles. It has been known since long that the gene in question controls the vasopressin hormone in male voles making them monogamous.

The complete study has been published in the journal Proceedings of the National Academy of Sciences.