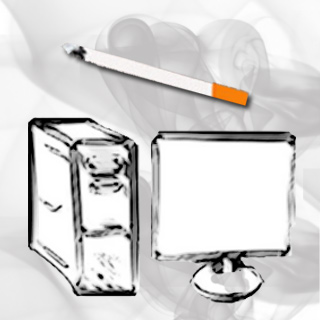 According to a latest study, computer and internet-based programs may be beneficial in helping smokers quit smoking for a longer period of time. It was also stated that the people participating in such programs may be more likely to abstain from smoking even after 12 months. This revelation was made by Seung-Kwon Myung, MD, MS, from the National Cancer Center, Goyang, South Korea along with colleagues.

Evidently smoking is believed to be the highest cause of preventable disease, which may further even lead to immature death. For this study, the experts were stated to have zeroed-in on more than 20 randomized clinical trials of computer and internet based programs. These trials allegedly consisted of almost 30,000 subjects. Out of these subjects, about 16,050 were stated to be randomly allocated to computer-based programs while about 13,499 were placed in a control group.

On evaluating the trail results it was apparently noted that the subjects consigned to use computer and internet-based programs seemed to have a relatively greater likelihood of quitting smoking. After a follow-up period of a few months, it was notably observed that the abstinence rates were higher in the subjects in these programs as compared to the ones in the control group.

These experts have noted that, “The stand-alone interventions had a significant effect on smoking cessation as well as on those that had supplemental interventions. However, compared with adults, these programs did not significantly increase the abstinence rate in adolescent populations.”

Evidently the present smoking cessation techniques may comprise of medications, individual or group counseling along with telephone quit-line counseling.

This study was published in one of the journals of JAMA/Archives called the Archives of Internal Medicine.