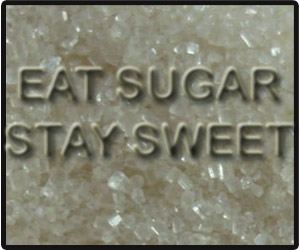 You may have heard the idiom ‘As sweet as sugar’. There could just be some truth to this as an intriguing study by researchers at the Amsterdam University and Florida State University reveals an interesting link between glucose levels and the expression of prejudice and the use of stereotypes.

According to the study, when we consume sweet drinks we apparently get a sugar rush that nourishes the brain with feed that is necessary to choke off outspoken opinions. That’s right! Levels of glucose in the body control the way we express our opinions.

“Ensuring people have sufficient energy for self-control may help to improve their ability to control both prejudice and use of stereotypes in their day-to-day life. People with lower glucose levels are more likely to use stereotypes when describing others and, if they are high in prejudice, are more likely to make derogatory statements,” the researchers remarked.

They further added, “When people engage in the act of trying to control public expressions of prejudice or the use of stereotypes, they consume the energy required for self-regulation. However, once the energy source is restored to normal levels, people regain the ability to control conscious responses towards others.”

In order to find whether sugar really affects the way we behave, the international team of researchers analysed two groups of students. While one group was given lemonade with sugar, the other group was given lemonade with an artificial sweetener. These volunteers were then shown the picture of a young man called Sammy, who was said to be gay. The participants were next asked to jot down the daily activities of this man based on the pictures they were shown for about five minutes.

Authors of the study suggest that higher amounts of glucose in the body may keep people from revealing objectionable thoughts. They thus conclude that sugar can in fact make you a sweeter person.

So the next time you want to avoid picking a fight with your sibling, guess you don’t have to try too hard. Just have a sugary drink!

The novel research has been published in the Journal of Experimental Social Psychology.