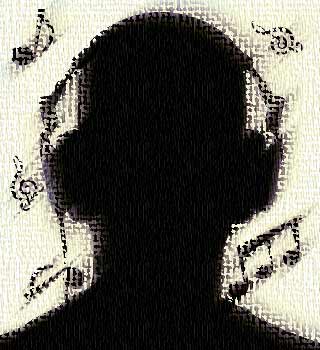 Music these days is more than just an art form. It has an eminent place in our lives considering the number of gadgets like iPod and MP3 players gaining popularity. Whether you agree or not every other person is hooked on to their music players, but this sound wiring may just cost us our hearing ability.

Directed by a team of nine experts at Scientific Committee on Emerging and Newly Identified Health Risks (SCENIHR) in the European Union (EU), the novel study discovered that about 1 in 10 people with personal MP3 or CD players, who listen to music at high volume, are making themselves vulnerable to permanent hearing loss.

“Regularly listening to personal music players at high-volume settings when young often has no immediate effect on hearing but is likely to result in hearing loss later in life. Some authors stress that if young people continue to listen to music for long periods of time and at high volume levels during several years, they run the risk of developing hearing loss by the time they reach their mid-twenties,” mentions the report.

Emma Harrison, head of campaigns at the Royal National Institute for Deaf People, Decision while revealing that the institute had started a Don’t Lose the Music campaign to raise awareness of the dangers of listening to MP3 players too loudly commented, “Makers and opinion formers are finally waking up to the hearing loss time bomb threatening many young MP3 users. Our research revealed that 58 per cent of 16 to 30-year-olds are completely unaware of any risk to their hearing from MP3 players

She further adds, “The announcement that further action is needed is a vindication of this work. We want to see the Government and industry taking decisive action to save the hearing of future generations.”

Many studies in the past have highlighted the downsides of listening to loud music. This recent study however reveals that we may end up with permanent ear damage by listening to loud music through earphones. Experts indicate that young people who listen with their headphones for as little as one hour a day over a five-year period are at high risk of eventually going deaf.

The study additionally shows that these days many young people are diagnosed with temporary or persistent tinnitus which is induced by loud music. While very few studies have tried to link loud music with ear damage, the present report concludes that between 5-10% of the music lovers, as many as 2.5 to 10 million people, could actually be at risk.

The EU safety standards restricts the noise level from personal music players to 100 decibels, though experts warn that the dangers of hearing damage begin at much lower levels. Music lovers expose themselves to high volumes more than 89 decibels. Scientists indicate that if they do this for more than an hour a day each week, after 5 years they will be at risk of permanent hearing loss.

With as many as 50 to 100 million people in the European Union using personal music players on a daily basis, scientist reveal that music players are definitely a cause for concern.

A work of independent committees, the study was conducted on insistence from the European Commission to look into the hazards of music players among youngsters as they are rampantly in use these days.