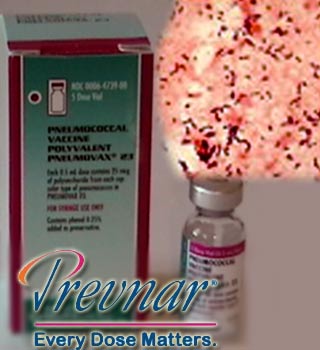 Pneumonia jab namely comprising of Prevnar and Pneumovax is known to prevent against bacterial infection. A novel Canadian study however suggests that getting a pneumonia vaccine may also help cut your risks of a heart attack.

The study conducted by scientists at the University of Sherbrooke in Quebec and led by Dr. Danielle Pilon reveals that the pneumonia vaccines may halve the risk of a heart attack. The vaccines are usually administered to those who are at most risk of a bacterial infection especially elderly people and those with chronic ailments like asthma, diabetes and heart failure.

Study co-author Dr. François Lamontagne mentioned, “We compared the vaccination rates of the two groups to find that the patients who did end up getting a heart attack were less likely to have been vaccinated.”

“The hypothesis was that if the vaccination can alter one of the steps in atherosclerosis formation, perhaps it could decrease the risk of heart attack. And this is what we found,” added Pilon.

Scientists are aware that the vaccination has the capability of altering the way atherosclerosis develops. A condition in which there is buildup of cholesterol, fat, calcium from the blood on the inside of arteries hardening them, arthrosclerosis can potentially lead to heart attacks or strokes.

In a journal accompanying the study, Dr. Mohammad Madjid of the Texas Heart Institute in Houston reveals that this hypothesis is a reasonable one as heart attack in some patients can be triggered by pneumococcal pneumonia and other respiratory infections, such as influenza and SARS. He further asserts that doctors must concentrate on increasing vaccination rates against pneumonia and influenza in high-risk populations, as both Canada and the U.S have vaccination rates well below targets.

Caused by streptococcus pneumoniae bacteria, in pneumonia once the bug invades the lungs, it can attack the bloodstream and the tissues surrounding the brain. This may lead to potentially life-threatening meningitis in weak people, however even in comparatively healthy people, the condition can cause inflammation in the coronary arteries, increasing the chances of fatal clot formation.

The study has been published in Tuesday’s issue of the Canadian Medical Association Journal.