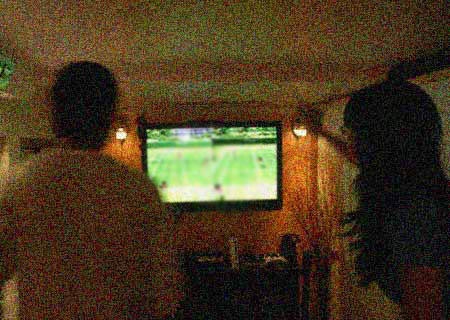 A newly conducted study may be of interest to those children who prefer staying indoors, and as a result may be living a sedentary life. It seems that playing active video games may be a good alternative to moderate exercise for them. This revelation was made by the scientists at the University of Oklahoma Health Sciences Center.

Lead investigator, Kevin Short, PhD, says, “These exer-games are no substitute for ‘real’ sports activities, but if kids play them as designed and stay engaged, they can burn several calories per hour above their sedentary level. We view any increase in energy expenditure (calories burned) as a good thing, especially in our overly-sedentary society.”

In order to evaluate this criterion, the investigators were noted to have gauged the energy expenditure, heart rate and self-reported exertion in children. These 10-13 year old’s were evidently tested for these factors while they watched television, played active video games and also while they walked on a treadmill at 3 different speeds.

It was observed that there was an increase in the number of calories burned while playing the games or walking, in comparison to merely watching television. Apparently, elevated rates of energy expenditure, perceived exertion and heart rate were noticed while playing Dance Dance Revolution Level 2, Wii boxing, or walking at a speed of 3.5 mph.

Supposedly, it was observed that the amount of energy utilized while playing an active video game may be similar to that used for moderate-intensity walking. Therefore these experts have suggested children who often play electronic screen games, to instead opt for active video games. Such games may not only be fun and safe but could also aid in promoting energy expenditure.

These findings have been presented in the Pediatrics journal, from the American Academy of Pediatrics.

More children reportedly have food allergies in the U.S.