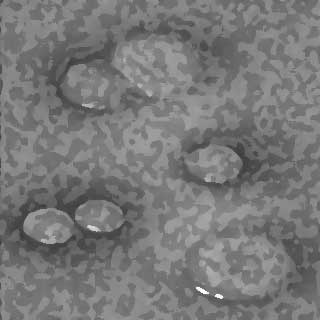 The University of Florida and the University of New Mexico scientists have come together and created a miniscule microscopic sphere that entraps and kills harmful bacteria. This method of killing bacteria is likened by the scientists to “roach motels” trapping and killing cockroaches.

This research can result in new coatings which disinfectant common surfaces, fight bioterrorism, and sterilize medical devices and thus reducing the devices responsibility for an estimated 1.4 million infection-related deaths every year.

Kirk Schanze, professor of chemistry from the UF, says that, “The bacteria get in there, they get stuck, and then they get killed.” Schanze is one of the eight authors of the paper. He further says that these are not the only “biocide” available in the market, but they are unique for their entrapping action and materials used. This is very useful because bacteria’s grow immune to standard disinfectants.

Schanze says that they make use of materials conducting polymers. The coating imbued with the spheres could probably be used on doorknobs, etc. which home a lot of bacterial diseases. Schanze was helped by David Whitten, who is the professor of chemical engineering and associate director of University of New Mexico Center for Biomedical Engineering, and also collaborating faculty and college graduate students. Together they developed the tiny traps based on electricity-conducting polymers. Schanze and Whitten had worked on this for about a decade.

The polymers used are very unique. They generate singlet oxygen when exposed to light. This oxygen is very toxic to bacteria, very much similar to potent sterilizers like bleach. Following the researchers intuition, these polymers could be used to keep surfaces cleansed. Jonathan Sommer, a UF doctoral student came up with a new method to shape them in microscopic spheres. The sphere sizes range from 1 to 5 microns, or 1- to 5-millionths of a meter.

Thomas Corbitt, a UNM doctoral student along with his co-workers tested the sphere by using safe bacteria, which is very similar to Pseudomonas aeruginosa, common and lethal bacteria in hospitals. This bacterium is usually brought in through contaminated medical devices. These bacteria are fatal or sicken patients suffering from cancer, AIDS, burns among others. The researchers used a strain, Pseudomonas aeruginosa PAO1, which is of lesser threat.

Earlier experiments revealed that after an hour’s exposure to light, they cleared more than 95 percent of PAO1 bacteria. Schanze concluded that further tests were required to zero-in on the sphere’s potency.

The findings of these authors are to be published in the debut issue of the American Chemical Society journal ACS Applied Materials & Interfaces.