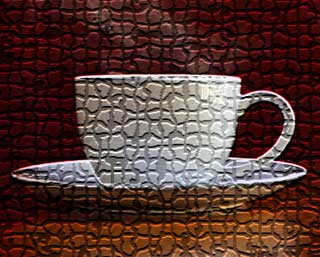 Most people like to drink tea when it is hot and steaming. However, by doing so they may be increasing their risk of developing throat cancer. A latest study has made an astounding discovery stating that drinking very hot tea could increase the chances of acquiring esophagus cancer. This study was carried out in Northern Iran, where people are believed to regularly consume hot tea in huge amounts.

It has been estimated that globally, esophagus cancer may be credited for the death of a large number of people taking place every year. Esophageal squamous cell carcinoma is said to be the commonest type of esophagus cancer which affects people. This type of cancer is believed to mainly occur due to alcohol or tobacco usage in Europe and in America. However, drinking hot beverages is also said to be a likely causal factor for this type of cancer. It is also believed that this type of cancer is usually more prevalent in men than in women.

The rates of esophageal squamous cell carcinoma were found to be very high in the Golestan Province in northern Iran. On conducting deeper analysis it was discovered that the rates of alcohol or tobacco usage were quite low in this region. It was also found that women may also have an equal chance of getting affected with this type of cancer, as compared to men. On further realizing the amount of hot tea consumption in this area, a potential link was administered between excess consumption of hot tea and an increased risk of developing esophageal squamous cell carcinoma.

To better understand this potential association between the consumption of hot tea and cancer, the study investigators analyzed the tea drinking habits of a few subjects consisting of both, people affected with esophageal squamous cell carcinoma as well as a group of healthy people. It was stated that nearly all the study subjects consumed black tea regularly, with a few of them even drinking about a litre of hot tea per day.

The investigators in the course of the study, observed that hot tea consumption may twice increase the risk of developing this type of cancer, as compared to drinking warm or lukewarm tea. Having said this, it was also stated that no link was administered between the amount of tea consumed and cancer.

People have been suggested to wait for a few minutes before drinking a cup of freshly boiled tea and to allow their food and beverages to cool down a little before consuming them.

These findings are published in the British Medical Journal.