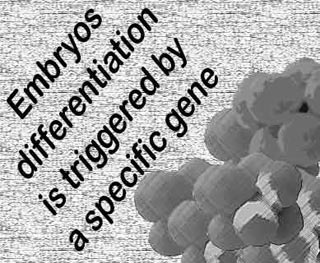 Hebrew University of Jerusalem scientists have revealed the procedure of the embryonic cell transformation into specific tissues. Evidently a deeper analysis on this issue may prove to be beneficial in medical cell replacement therapy which requires embryonic cells usage.

Apparently the period when the cell stops being flexible and converts into a mature cell, which can later probably grow into specific tissues has been unveiled by these scientists. It’s stated that seemingly all the embryonic cells are similar to each other at the early stages of human development. These cells are believed to be flexible and are thus presumed to have the capability to transform into any type of tissue, quite contrary to the adult mature cells.

Professor Yehudit Bergman and Howard Cedar of the Hebrew University-Hadassah Medical School have apparently made this revelation. They seemingly believe that once the embryo lands in the uterus, the cell differentiation process commences at about the same time. Evidently the inner activity of the cell has two crucial control mechanisms: the genes that are responsible for maintaining the embryo’s potent state are apparently switched off; and the tissue specific genes are switched on at about the same time. It’s stated that seemingly the embryos can generate into muscle cells, by triggering a specific type of genes. On the other hand, by activating a different set of genes, these embryo cells can evidently turn into liver.

Experiments were conducted on laboratory mice’s embryos and cells that grow in culture. The experiments revealed that apparently the cell mechanism is under the control of a single gene, G9a. The G9a gene evidently has the ability to direct various changes including the possible permanent switching off of a particular set of genes. In this case, the set of turned off genes may even remain locked for the organism’s lifetime which may curb further cell flexibility.

This study is believed to be helpful in various other cell treatments. It’s stated that the creation of new tissues to replace the damaged cells in diseases like Parkinson’s or diabetes is considered a major criterion. It’s even stated that earlier many efforts have been made to generate cell transformation, however it was discovered that particular tissues have been locked in their fixed program, and are thus not capable of transformation.

The information gathered by the Hebrew University scientists may prove to be a boon in further analysis of the topic. The recognition of the molecular program that controls the cell flexibility may guide the scientists to take a different approach to program cells in a controlled and specific manner.

Their findings are published in the Nature Structural and Molecular Biology journal.