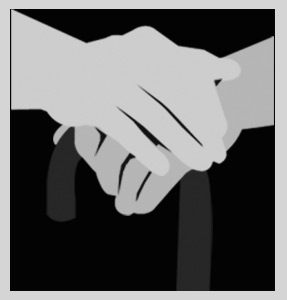 According to a latest report, annually about 15,000 older people may be prematurely succumbing to cancer-induced deaths. This estimation was believed to be applicable to older people above the age of 75 in the UK.

The report authors state that if the cancer-induced death rate in the UK may be dropped to get it at the same level with the rate observed in the countries in America and Europe, then this might curb these premature deaths in the UK. Evidently the cancer-induced death rates observed in Europe and America were believed to have been tallied with the rates perceived in the UK by the experts belonging to the North West Cancer Intelligence Service (NWCIS), Manchester.

“It’s worrying that so many older people die from cancer in the UK compared with other countries. But, it’s not clear why this is. Research is urgently needed to understand the reasons for the extra deaths so that steps can be taken to prevent them,” says lead researcher, Dr. Tony Moran, NWCIS. “Cancer is largely a disease of older people, with about half of all cancers diagnosed in those aged 70 or older. Most 75 year olds could be expected to live for at least another ten years and we would expect them to benefit from improvements in treatment.”

These researchers evidently noted that there was a drop in the number of cancer-related death among older people below the age of 75 in the UK, over the past 10 years. However there didn’t seem to be much difference in this rate for the elderly above the age of 75. This is believed to have widened the gap in death rates between UK and the other countries.

Head of the NCIN, Chris Carrigan says that, “This study indicates that a worrying number of older cancer patients are dying unnecessarily and likely reasons include going to the doctor late, delayed diagnosis and treatment. It’s really important that people are aware of cancer symptoms and feel able to go to the doctor if they notice anything that feels wrong for them. We believe many deaths could be avoided each year in the UK if cancers were diagnosed sooner.”

Following this research, a need has been expressed to take immediate steps based on these findings. Evidently experts need to make certain that cancer patients may be diagnosed with the disease as early as possible, irrespective of their age. They also need to make sure that the diagnosed patients receive apt treatments as soon as possible.

Seemingly the observations made in this research have been shared with the National Cancer Equality Initiative. Apart from this the experts were also believed to have worked in collaboration with the NHS among others, to solve any age-related disparities concerning this criterion.

These findings were believed to have been presented at the National Cancer Intelligence Network (NCIN) conference.