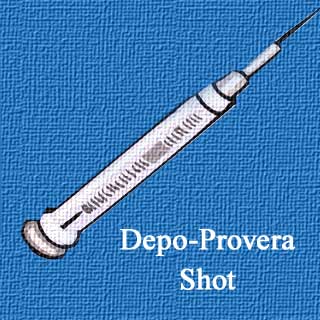 Women seem to have higher chances of putting on weight while using Depo-Provera or the birth control injection, according to the experts at the University of Texas Medical Branch at Galveston. Supposedly, these findings dispel the myth that women who make use of DMPA will gain weight and may perhaps ask for assistance from physicians.

This birth control is also known as depot medroxyprogesterone acetate (DMPA). DMPA is an injected contraceptive directed to patients after every three months. According to the American College of Obstetricians and Gynecologists, more than 2 million American women use DMPA, including nearly 400,000 teens.

DMPA appears to be relatively less expensive as compared to other forms of birth control. In addition, DMPA was noted to have a low failure rate and it didn’t require daily administration, which contributes to the contraceptive’s popularity.

It was believed that DMPA users whose weight increased by nearly 5 percent, also called as ‘early gainers’ during the first six months of use were prone to excessive weight gain It was estimated that early gainers average weight gained was nearly 24 pounds over three years in contrast to 75 percent of users who gained little or no weight.

“DMPA-related weight gain is linked to increased abdominal fat, a known component of metabolic syndrome, which raises the risk of obesity-related conditions such as cardiovascular disease, stroke and diabetes,” says corresponding author Dr. Abbey Berenson, professor in UTMB’s department of obstetrics and gynecology.

The experts suggested that physicians could adapt counseling based on women’s risk factors. Allegedly, they can closely examine weight after a period of three-month follow-up visit and advice a different contraception technique to patients who put on significant weight within the first six months of use.

Experts were believed to have found that early gainers revealed three main risk factors after six months of DMPA use. These factors included a body mass index below 30, having children before starting DMPA and studying one’s increase in appetite.

For the purpose of the study, experts examined 240 women in the age group of 16 to 33 years who used DMPA for about three years. They seemed to have inspected several possible predictors of weight gain, including age, race and baseline obesity before using DMPA. In addition, lifestyle variables like smoking, exercise level, and weight gain at six months were analyzed.

“The amount of DMPA administered to a woman does not change based on weight, as occurs with some medications. The drug may be more concentrated in the tissue of a woman with a BMI under 30 and may contribute to excessive weight gain, but more research is needed,” says Berenson.

The findings revealed that those who had put on more than 5 percent of their body weight within six months, or after just two injections of DMPA, seem to have continued in gaining significant weight over the next 30 months. Though earlier studies appear to have linked birth control-related weight gain with increase BMI, Berenson’s study suggested that BMI below 30 seems to be more liable.

The biological mechanism of DMPA-related weight gain is still unidentified. However experts noted that the probable methods may include glucocorticoid-like activity, the break-down of simple carbohydrates such as glucose and DMPA-associated interference with insulin action.

Previous findings seem to have claimed against the theory that weight gain could be because of the drug’s perceived effects on increased caloric intake and decreased energy expenditure. However ongoing analysis is required to confirm or discount varying possible explanations.

The study will soon be published in the journal, Obstetrics and Gynecology.