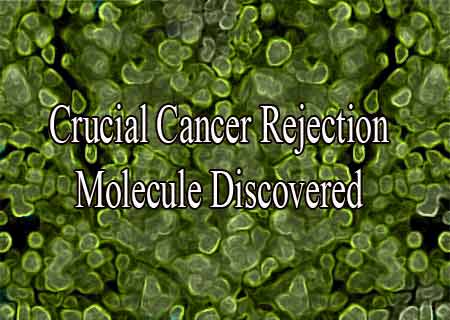 A latest research has identified a particular molecule on the immune cells surface which is believed to be of importance in the process of cancer rejection. This discovery was made by the researchers at the Centenary Institute in Sydney.

In experimental models, the researchers through advanced multi-photon microscopy zeroed in on the migration of the immune cells within the tumors. They discovered that the CD44 surface molecule influences the tumor progression or rejection by the immune cells, which are also known as T cells.

Professor Wolfgang Weninger, Head of the Immune Imaging program, Centenary, says that, “We know that migration of T cells within tumors is very important for rejection but we didn’t know about how it worked. We found that this particular molecule regulates the navigation of T cells in tumors. In its absence, T cells are inhibited in migration and show a defect in their ability to reject a tumor.”

It is stated that the process of the tumor’s ability to elude the natural function of the immune system was a cancer mystery. Thus, by obtaining a possible answer to this mystery could probably enhance treatments against cancer.

Professor Weninger states, “By understanding how the immune system fights tumors, we may be able to optimize cancer therapies in the future. It may provide the opportunity to design treatments that mimic certain aspects of immune responses and cellular processes, making cancer treatments less hit and miss and reducing the toll on patients.”

These researchers hope to soon continue with the next step in their research, which is to determine how the process of tumor rejection functions. They aim to answer the questions revolving around the communication of the T cells and tumors, and also how do these T cells gain victory against cancer. They state that the answers to these questions could play a major role in improving the worldwide approach to cancer.