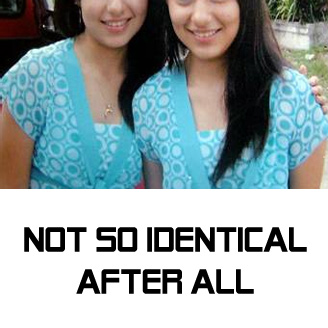 Identical twins look alike, and were thought to have similar genes. However, a new study contradicts this stereotypical thought, suggesting that they are genetically different.

According to Jan Dumanski, co-director of the international study with his colleague Carl Bruder, “Even though the genome is virtually identical in identical twins, our results show that there in fact are tiny differences and that they are relatively common. This could have a major impact on our understanding of genetically determined disorders.”

“By uncovering these small genetic differences in identical twins where one of them is sick, we have a way of tying specific genetic changes to the genesis of common diseases,” said Bruder.

For the study, the team of researchers studied around 19 pairs of identical twins and found that they indeed had the same DNA but nevertheless evinced differences in the number of copies of individual DNA segments.

A segment could be missing, or more copies might even exist in one of the twins. This could possibly explain how one identical twin can be afflicted with a disorder while the other twin remains fully healthy.

The findings of this study could be vital for research in hereditary diseases and for the development of new diagnostic methods.