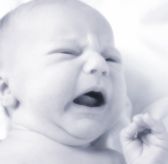 On Thursday, the Karolinska Institutet in Sweden stated that many doctors avoid giving newborns pain relief during surgical procedures in the belief that they do not feel pain; however a recent research conducted in this sphere proves that this could be wrong.

“New measurement techniques show that even premature babies display all the signs of a conscious experience of pain,” the research institute said in a statement, quoting a doctoral thesis by Italian-Swedish researcher Marco Bartocci.

It said, “For many years, doctors have assumed that fetuses, premature babies and fully developed newborn babies do not have the cerebral cortical functions required to feel pain.”

According to Karolinska Institutet, “Babies’ reactions to potentially painful stimuli have been explained away as unconscious reflexes and so doctors have felt it justified to withhold painkillers during surgery and the like so as to avoid adverse reactions.”

However Bartocci’s research shows that the brains of premature babies are far more developed than previously thought.

His studies “using infrared spectroscopy … show that pain signals from a pin prick are processed in the cerebral cortex of premature babies in the same way as in adults.”

This indicates that “all known pre-conditions for the conscience experience of pain are present, even though this still does not provide any conclusive evidence that they actually undergo a subjective painful experience.”

The results of the study, which have been published in the scientific journal Pain, are expected to have “a major impact on pain-relief management for newborn babies as well as on approaches to child development in general,” the institute said.

The public defense of the doctoral thesis will be held today.