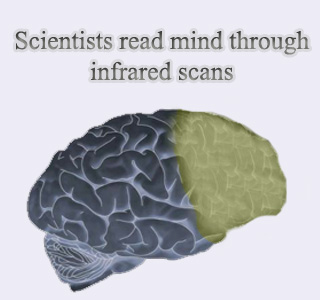 A latest study has come up with an innovative technique of using infrared light brain imaging to decode the preference of children who can’t speak or move. This study was conducted by the researchers at the University of Toronto and Canada’s largest children’s rehabilitation hospital.

The study investigators boast of developing a headset that can read the mind of the person wearing this headband, by shining infrared light onto the pre-frontal cortex of their brain. These headbands are fitted with fiber-optics, which releases a light in the brain. These scientists have accurately predicted the person’s choice for a particular drink, by measuring the intensity of this infrared light absorbed in the brain tissue.

They further state that usually the brain-computer interfaces, which are meant to decode thoughts, need some amount of training. However, Sheena Luu, PhD student from the University of Toronto, who also led the study, says that, “This is the first system that decodes preference naturally from spontaneous thoughts.”

The study investigators state that this unique technique can be useful for use in children facing certain disabilities which obstruct their ability to speak or make gestures to express themselves and reveal their choices. Their aim is to come up with a portable, near-infrared sensor which can be operated through a wireless technology.

Their findings are published in The Journal of Neural Engineering.