A study published in the Journal of the American Medical Association (JAMA) reports that exposure to arsenic can lead to diabetes. And unfortunately, the source of arsenic has been found to be the public drinking water in US. 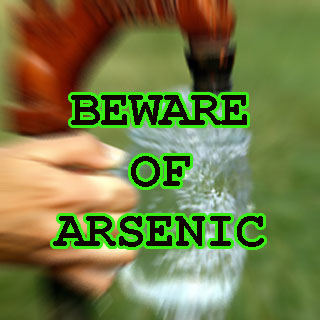 The study links the exposure to arsenic to the risk of type 2 diabetes that is one of major public health issues in US. The report was made after a high level of arsenic was found in the urine of participants who were studied upon. As many as 788 adults went under the medical tests that showed 7.7 percent of the participant with type 2 diabetes and level of arsenic in their urine greater by 26 percent than the ones without diabetes.

“This suggests that arsenic would play a role in the development of diabetes,” said lead researcher Dr. Ana Navas-Acien, assistant professor of environmental health science at the Bloomberg School of Public Health at Johns Hopkins University. “But there clearly needs to be additional research conducted because our study has certain limitations. We are conducting those studies now, but that’s going to take a few years.”

“This is a good base for future research but it’s a small sample size and doesn’t look at dose-response,” added Rajat Sethi, assistant professor of pharmaceutical sciences with the Texas A&M Health Science Center’s Irma Lerma Rangel College of Pharmacy, in Kingsville. “A lot of research still needs to be done.”

Arsenic is a poisonous chemical and has been known to cause cancer since long. It is also used as a rat poison. According to the researchers, the inorganic arsenic gets mixed with the drinking water after it gets deposited with other natural minerals in water. Even a low-exposure to arsenic is harmful to humans and high-exposure can cause cancer.

Not only US, but also places like Taiwan, Bangladesh and Mexico have been reported to have high inorganic arsenic in drinking water according to the epidemiologic studies. The arsenic raises the level of sugar in the blood and damages the insulin secretion from pancreas thereby causing diabetes. In type 2 diabetes, the blood sugar is not converted into energy because of low levels of sugar breaking insulin.