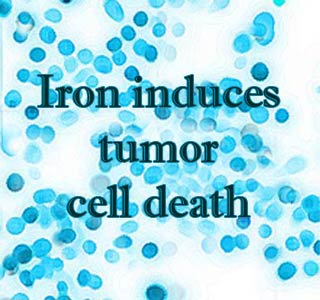 It is stated that the difference between the metabolism intensity of tumor cells and healthy cells could be used for cancer treatments. This discovery was made by the scientists from the German Cancer Research Center. These scientists succeeded in inducing death selectively in the tumor cells.

It was found that healthy cells require less energy as compared to the cancerous cells. Since cancer cells have a very high metabolism, they require large amounts of micronutrients, mainly iron. However, extremely harmful free radicals are produced when there are high levels of iron in the cell. In order to protect itself from these, the cell inactivates free iron by binding it to iron storage proteins.

Together, these scientists looked into Sézary’s disease, which is an extremely aggressive type of cutaneous T cell lymphoma. Gülow and colleagues were successful in causing an increase in the number of free iron in the cells. Because of the excess iron, an increase takes place in the level of free oxygen radicals as well. This proves to be harmful to the cancer cells and thus induces their death. On the other hand, healthy cells due to their low iron level endure the treatment unharmed.

The researchers at the German Cancer Research Center have found further proof that this iron effect also works in other lymphomas. They are presently in the midst of determining whether the selective release of iron may be an appropriate approach for developing a new cancer treatment.