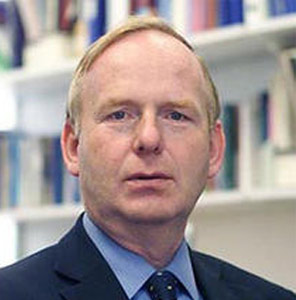 A study from the University of Oxford claims that patients who added insulin, either through once-a-day basal insulin injections or three injections at mealtimes, to their oral anti-diabetes drugs apparently displayed better control of their blood sugar levels as opposed to those adding twice every day insulin injections.

Those beginning with one insulin injection every day apparently also had lesser hypoglycaemic incidents i.e. when blood sugar levels are extremely low. They additionally did not put on much weight.

“Type 2 diabetes is a progressive condition with the majority of patients eventually requiring insulin therapy. This large-scale study strengthens guidelines recommending adding a basal insulin to oral agents when glycaemic targets are not met,” commented, Professor Rury Holman, principal investigator of the study and director of the Diabetes Trials Unit at Oxford University.

Better regulation of blood sugar levels is recognized to decrease the possibility of impediments in type 2 diabetes, like kidney failure and loss of vision from an eye disease. As type 2 diabetes advances, the regular oral therapy may naturally be required to be shoot up frequently over time.

In due course, majority of patients may need insulin but there remains a doubt as to which treatment of insulin injections ought to be used when oral drugs become inadequate. There appears to be no obvious agreement about whether to begin with insulin therapy three times a day with meals, injections twice a day, or a long-acting once-a-day insulin injection.

The scientists set out to discover which outline of treatment resulted in the best control of blood sugar levels. Their three-year, randomized restricted trial evaluated diverse insulin treatments in around 708 patients with type 2 diabetes whose present doses of anti-diabetic drugs were apparently not proving to be adequate.

During the first year, the patients were divided into one of the three insulin courses. During the second and third years, those who were still not attaining their glucose targets were supposedly shifted to more difficult insulin treatments.

Dr. Andrew Farmer, co-principal investigator at the Department of Primary Health Care, remarked, “These results will help patients and healthcare professionals in routine clinical practice to decide which treatment is most suitable for the individual.”

Dr. Jonathan Levy, lead clinician at the Oxford Centre for Diabetes, Endocrinology and Metabolism and co-principal investigator mentioned that starting with basal insulin and adding mealtime insulin if required provided the best combination of effectiveness, safety and treatment satisfaction.

The study was published in the New England Journal of Medicine.