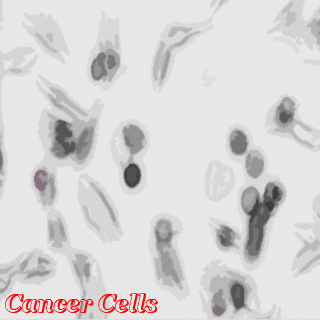 The study investigators have stated that when this particular protein, called the Epithelial Splicing Regulatory Protein is in the “on” position, then it controls the function of the epithelial cells which act as a foil to the organs and body cavities. Apparently, these cells are to be credited for the growth of most of the solid tumors in the body. The function of this magical protein alters when it is turned “off” or is not present. When this scenario takes place, the epithelial cells take up the characteristic of the mesenchymal cells and succeed in moving away from their primary organ, and spreading to other organs of the body.

There are said to be two versions of the Epithelial Splicing Regulatory Protein; the ESRP1 and the ESRP2. They are said to have the ability to transform the way ribonucleic acids (RNA) are merged. This process is undergone by merging the various exons in a different way. Exons are said to be the sequence of the DNA which codes data for the protein synthesis that is transcribed to messenger ribonucleic acid (mRNA). This study was said to have been mainly conducted with the aim of better understanding the mRNA for the Fibroblast Growth Factor Receptor 2 (FGFR2).

Study author, Russ P. Carstens, MD, Assistant Professor of Medicine, says that, “If we can find a way to maintain expression of ESRP1 and 2 in epithelial cells, then it might be possible to prevent metastasis or control fibrosis. ESRP1 and ESRP2 are necessary for splicing FGFR2 mRNA in the epithelial cell manner. This is one of few known splicing factors that operate in a clear cut cell-type-specific manner. Epithelial cells, which make up the lining of organs, are the only cells that produce ESRP1 and ESRP2.”

For better understanding the role of the ESRP1 and ESRP2, the study investigators are in the midst of genetically engineering mice to be deprived of these two proteins. The investigators, through this method, hope to analyze the importance of these proteins in the development of the disease. Additional knowledge in this field could be very beneficial for the development of a particular drug that can effectively control the spread of cancer and tissue fibrosis.

Their findings are present in the Molecular Cell issue.