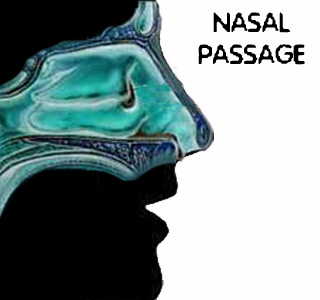 A latest study has stated that the symptoms of chronic rhino sinusitis may be reduced with the use of a special nasal wash containing budesonide corticosteroid. This nasal wash may be able to reduce the symptoms of chronic rhino sinusitis without affecting the function of the adrenal gland. This study was conducted by the Washington University School of Medicine, St. Louis.

Chronic rhino sinusitis is a condition which involves constant inflammation of the nose and the sinuses behind the nose. Apparently, relief from this condition may be gained with the use of an aqueous nasal spray containing budesonide. This medication may also be available in respules, which are minute liquid-containing devices which could be mixed with saline to make a nasal wash.

In order to verify the effects of this particular medication on the adrenal function, investigators conducted a study on around nine patients. Neil S. Sachanandani, B.S., and colleagues from the Washington University School of Medicine, asked the study subjects to use a nasal wash containing about 0.25 milligrams of budesonide, and 5 millimeters of saline. This medication was to be used in each nostril every day for a period of 30 days. They were also asked to fill out questionnaires before and after receiving their treatment. Their main aim was to evaluate the rhino sinusitis symptoms in the subjects and its result on their quality of life.

The subjects were later injected with cosyntropin for the purpose of measuring their adrenal function. Cosyntropin is said to be a compound which influences the release of cortisol by the adrenal glands. Thus, after injecting all the subjects with this particular compound, their cortisol levels were gauged.

The obtained results revealed an adequate adrenal response to the cosyntropin compound in all the subjects, both before and after their respective treatments. The investigators observed that, “The clinical significance of this study is that budesonide nasal respules appear safe for short-term use for the relief of symptoms associated with chronic sinusitis. Budesonide respules seem to provide an effective treatment option for the patient with chronic rhinosinusitis with minimal fear of systemic adverse effects.”

Having said this, it was also pointed out that the usage of budesonide as a nasal wash has not yet been approved by the Food and Drug Administration. Thus, in order to avoid any adverse side effects, a more detailed analysis needs to be conducted on the issue.

Their findings are published in the Archives of Otolaryngology – Head & Neck Surgery, one of the journals of JAMA/Archives.