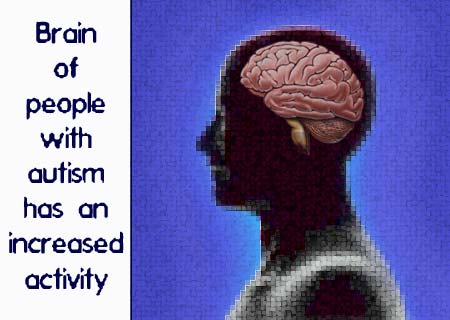 It has been stated that earlier researches on the topic have revealed abnormal growth patterns in this particular part of the brain in small children suffering from autism. The amygdala is said to be that part of the brain which performs particular functions like emotions, identifying faces and certain situations.

Natalie Kleinhans, research assistant professor of radiology at the University of Washington, and lead researcher, says that, “What we are seeing is hyperexcitability or overarousal of the amygdala, which suggests that neurons in the amygdala are firing more than expected,” She further continues that, “If you consider that habituation reflects learning in as simple a task as looking at a face, slowness to habituate in people with autism may contribute even more markedly to difficulty with more complex social interactions and social cognition. If the brain is not reacting typically to a static face with a neutral expression, you can imagine how difficult it may be for someone with autism to pick up more subtle social cues.”

In order to better understand the variation in brain activity, the researchers analyzed the brains of both; people with autism as well as healthy adults. It was stated that the brains of both groups of participants were scanned through magnetic resonance imaging, while they witnessed a series of faces with neutral expressions.

The researchers state that their main aim was to witness the activity in the amygdala and the fusiform gyrus in the brain of the participants when they witnessed the different pictures. The participants were said to be able to view the face pictures for about three seconds, after which the picture would be replaced with another one. It was also stated that sometimes a particular picture would again be repeated. For which, the participants were previously informed to press a button when such a scenario took place.

The results revealed that no specific change took place in the fusiform gyrus part of the brain, whereas a significant amount of variation was noticed in the amygdala of both the group of participants.

Their findings appear online on The American Journal of Psychiatry.