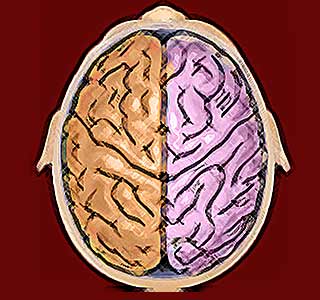 Supernumerary phantom limbs are said to usually be used in some patients who undergo an amputation. They may also be used in patients who may have become partially paralyzed due to a stroke attack. Such patients may feel the presence of these limbs but they may not be able to see or control its movement. In other words, some patients may be able to observe these limbs as a vivid somatosensory presence of an additional limb, but they may not be able to move them intentionally.

However, a few patients are said to have perceived their limbs and have reported to have felt things with it. It has been stated that this could signify that various parts of the brain may some how be involved in such limbs. Thus, a study was conducted to better understand the connection of the brain activity with supernumerary phantom limbs (SPLs).

This study was led by Asaid Khateb from the Geneva University Hospitals. The study investigators conducted functional magnetic resonance imaging scans with the purpose of gauging the brain activity of the patient capable of voluntarily moving the paralyzed limb.

The study investigators stated that, “Existing evidence from stroke-elicited SPLs convincingly implicates the mismatch between the subject’s well-established sensorimotor representations and a suddenly aberrant pattern of communication between the brain and the paralyzed limb.”

It has further been said that this may be the first study of its kind to have revealed the neural correlates of the multimodal supernumerary phantom limb.

These findings are published in the Annals of Neurology, which is the official journal of the American Neurological Association and the Child Neurology Society.