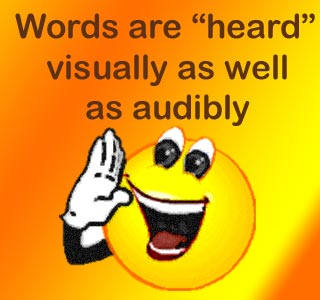 A new astounding study has discovered that somatosensory input takes place in neural processing of speech. In other words the perceptions of speech sounds differ with the varying stretch of the facial skin. This study was led by McGill University.

This study was conducted by David Ostry, McGill neuroscientist, Department of Psychology, and colleagues from the Haskins Laboratories and Research Laboratories of Electronics, Massachusetts Institute of Technology. Around 75 native speakers of American English were chosen for this study. They were made to listen to words one at a time that were chosen from a computer-produced continuum between the words “head” and “had.” The results revealed that, stretching of the skin gave out different sounds to the word.

The study authors state that their study findings highlight the way the brain processes speech. They say that through this study it is revealed that perception has neural connections to the methodology of speech construction.

Their findings are published in the Proceedings of the National Academy of Sciences issue.