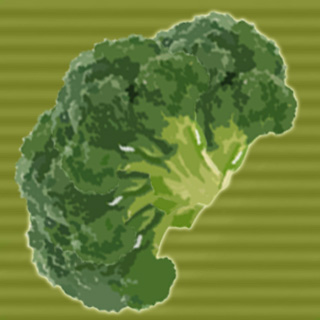 Not all people would prefer eating green vegetables over the other visually tastier and let’s not forget, unhealthier food stuffs. Inspite of being aware of the potentially life-saving properties of such vegetables, they may not be included on people’s list of favorite food stuffs.

Certain green vegetables may in fact prevent the formation of various diseases. Regular consumption of vegetables like baby broccoli has been stated to have the ability to shield an individual from developing ulcers, gastritis or may be even stomach cancer. This revelation is said to have been made by a pilot study conducted in Japan. This study was conducted by a Johns Hopkins researcher and a team of international scientists.

Paper author, Jed W. Fahey, M.S., Sc.D., a nutritional biochemist, Lewis B. and Dorothy Cullman Cancer Chemoprotection Center, Johns Hopkins University School of Medicine, says that, “The highlight of the study is that we identified a food that, if eaten regularly, might potentially have an effect on the cause of a lot of gastric problems and perhaps even ultimately help prevent stomach cancer.”

In a previously conducted study by Fahey, it was discovered that sulforaphane, a potent antibiotic against the above mentioned bacterium, may be present in huge amounts in broccoli sprouts as compared to the mature heads of broccoli. On the other hand, the present study has stated that the intake of broccoli sprouts may not be of much help in curing an infection induced by this bacterium. Having said this, it was also stated that its regular consumption may be able to lower the level of the elements of the bacterium present in the stool of an infected individual. Daily consumption of broccoli sprouts was said to have reduced the level of the presence of these elements by as much as 40 percent.

Fahey explains that, “We know that a dose of a couple ounces a day of broccoli sprouts is enough to elevate the body’s protective enzymes. That is the mechanism by which we think a lot of the chemoprotective effects are occurring. What we don’t know is whether it’s going to prevent people from getting stomach cancer. But the fact that the levels of infection and inflammation were reduced suggests the likelihood of getting gastritis and ulcers and cancer is probably reduced.”

After reading this article, broccoli must have gained a much deserved and a newly found respect on the dinner table! The fact that a chronic bacterial infection may be overcome by merely adopting certain dietary strategies, is believed to be exciting for the study investigators.

The study findings have been published in the Cancer Prevention Research journal.