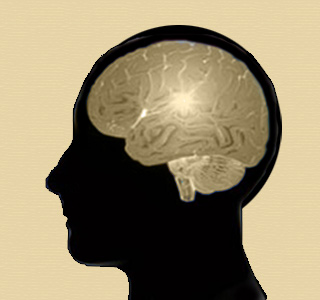 A new brain imaging study is said to have demonstrated the changes that occur in the brain activity of those young adults having a particular genetic variant. This genetic variant is believed to increase their risk of developing Alzheimer’s disease. More so, these changes in the brain activity are believed to possibly occur years before any symptoms of the disease arise. This study was conducted by the University of Oxford and Imperial College London.

These study investigators have attempted to gain an insight into why Alzheimer’s disease affects only a few people. They believe that this additional knowledge may aid in taking another step towards a diagnostic test which may be able to zero-in on those people who may be at a risk of developing this disease. It has been estimated that this disease affects around 417,000 people in the United Kingdom.

It has further been stated that the APOE4 genetic variant is prevalent in about a quarter of the population. Having said this, it has also being said that it’s not necessary that people with this particular genetic variant will certainly suffer from Alzheimer’s disease later in life. However, the risk of developing the late-onset variety of the disease increases with the possession of one or two copies of this genetic variant. The study investigators have stressed that these findings should not be a cause of alarm for carriers of the APOE4 genetic variant; since it is not certain that its carriers will definitely develop this disease.

Through the use of functional magnetic resonance imaging (fMRI), the investigators compared the brain activities of around 36 volunteers. It was observed that around 18 of them carried at least one copy of this particular genetic variant; while the remaining 18 volunteers not carrying this gene were said to have acted as controls.

The study investigators were said to have observed the behavior of the volunteers’ brains while they were resting and also while performing a memory-related task. Even during periods of rest, it was noticed that both, people carrying as well as not carrying the APOE4 gene had distinct patterns of brain activity.

Study lead author, Dr. Clare Mackay, Department of Psychiatry and the Centre for Functional Magnetic Resonance Imaging of the Brain, University of Oxford, says that, “We have shown that brain activity is different in people with this version of the gene decades before any memory problems might develop. We’ve also shown that this form of fMRI, where people just lie in the scanner doing nothing, is sensitive enough to pick up these changes. These are exciting first steps towards a tantalizing prospect: a simple test that will be able to distinguish who will go on to develop Alzheimer’s.”

Previous studies have apparently stated that middle-aged people and elderly carrying the APOE4 gene show differences in their hippocampus part of the brain. However, the present study is believed to be the first to have demonstrated the hyperactivity in the hippocampus part of the brain of healthy young people carrying this gene. They are also said to be the first to show that the brain carrying the APOE4 gene may behave in a different manner even when it is at ‘rest’. The results of this study may offer support to a previous idea that the brain’s memory function may slowly tire itself out in those who go on to develop Alzheimer’s disease.

This study was published in the journal Proceedings of the National Academy of Sciences.