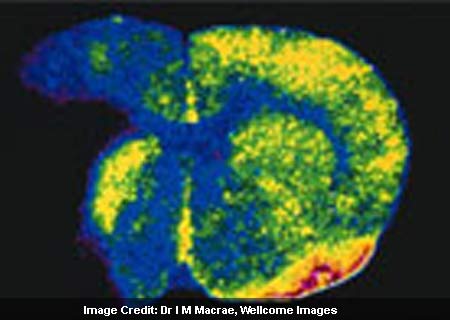 About one-third of individuals encounter a stroke as the large arteries supplying blood to the brain are blocked. On this front, professionals at Wellcome Trust have stumbled upon a gene that could be related to stroke.

When the principal arteries supplying blood to the brain are impeded, it results in large artery ischaemic stroke. In this trial, the genetic makeup of 10,000 individuals who experienced stroke was pitted against that of 40,000 healthy persons.

The team found a variant of the gene namely HDAC9 that could influence the chances of large artery ischaemic stroke in people. About 10% of participants seemed to possess this altered form of the gene. Those who expressed 2 copies of the aforesaid gene appeared to carry double the risk for this kind of stroke, as compared to individuals with no copies of the gene.

Professor Hugh Markus, from St George’s, University of London, who co-led the study, quoted, “This discovery identifies a completely new mechanism for causing stroke. The next step is to determine in more detail the relationship between HDAC9 and stroke and see whether we can develop new treatments that reduce the risk of stroke.

The protein produced by HDAC9 is known for its role in heart development and muscle tissue formation. However, the exact mechanism by which the gene increased risk for stroke is unknown by scientists. The findings could suggest new treatment avenues for stroke, though it may take some time. However, the team stressed that further studies are required to affirm the effect of drugs inhibiting the HDAC9 protein.

The study is published in the journal, Nature Genetics.