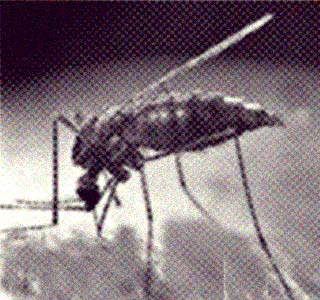 You may have come across innumerable preventive measures citing ways of preventing the occurrence of malaria. However, the experts from the Glasgow University are now said to be in the midst of developing a novel device which may be able to detect malaria in no time. This diagnostic tool is being created with the aim of effectively diagnosing and treating malaria.

Malaria is said to be a vector borne infectious disease. The symptoms that accompany this disease are fever and chronic fatigue or exhaustion. Further it has been stated that malaria could even prove to be fatal in some cases. The most severe form of malaria, known as cerebral malaria, due to its late detection or diagnosis could turn out to be fatal.

It has been estimated that around 1,700 people in the UK annually get diagnosed with this disease. However, the actual number of malaria cases is believed to be much higher than the reported amount. An area of concern for the health personnel’s is apparently said to be the rising occurrence of this disease. They are also concerned about the resistance of the disease to the treatment drugs.

The main aim of the scientists from the Glasgow University is to create an electronic chip which may help clinicians detect the species of malaria in an affected individual and also determine whether it is resistant to the treatment drugs or not. This is said to be the only study in the UK to have adopted this unique technology. In fact this particular diagnostic tool was even said to have tested its first human blood sample in the Scottish Parasite Diagnostic Laboratory. The obtained results seemingly tallied with the lab results. The tested blood sample was declared positive for P. malariae malaria.

Lead investigator, Dr. Lisa Ranford-Cartwright, a senior lecturer at the University of Glasgow, says that, “We are greatly encouraged by this initial result. Obviously we need to do a full programme of clinical tests, but the fact that this first test was positive is an excellent start. Currently, it can take anything up to 48 hours to determine whether a patient has Malaria and even then, doctors are unable to tell whether the parasite is drug resistant. In certain cases, a malaria diagnosis has to be confirmed by DNA amplification which can take another one to two days. The only current way to test for drug resistance is to give patients certain drugs and wait to see if they work,” Further stating that, “Our Malaria chip should be able to do the whole process in less than 60 minutes, and we hope that by the end of our development project we will have reduced this time further.”

The study investigators have further stated that resistance to the drugs used to treat malaria, apart from making the treatment complex, could also act as a hurdle in quick recovery of the patient. More so, drug resistance could even be fatal to a patient suffering from malaria. Therefore, it is believed that this novel chip could aid clinicians in determining the most suitable drug to be used on a patient suffering from malaria.