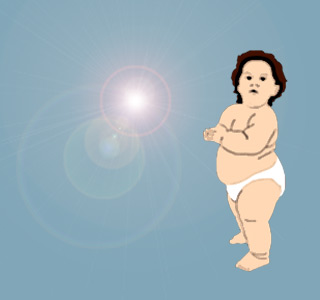 An expert from the Purdue University has recently discovered a potential way of identifying traces of melamine in baby formula. It has been stated that infrared lasers and light spectroscopy may be a useful technique of discovering melamine in infant formula in lesser than 5 minutes. This novel technique has been discovered by Lisa Mauer, an associate professor of food science from the Purdue University.

Recently China was in the news when traces of melamine were found in baby formulas and other milk-based products which were imported from there. Melamine is said to be a synthetic chemical which is used in plastics and various other products. More so, high doses of this product seemed to be linked with cancer in some animals and therefore are believed to be hazardous to infants.

About the novel technique Mauer says that, “We have found detection methods that are inexpensive and do not require a lot of the product or time for sampling. Any company could do this itself. Police agencies, state departments of health and many colleges have this type of equipment.”

Therefore in order to test the newly discovered technique, Mauer gauged unadulterated samples of powdered formula through near-infrared and mid-infrared spectroscopy methods. Seemingly, the same information was also derived for pure melamine. On analyzing the infant formula after mixing it with melamine, it was stated that the melamine concentration in the mixture became clearly noticeable. In fact, up to one part per million of the melamine was said to be detectable.

“If someone wanted to build a calibration model to detect melamine in their products, all they’d have to do is collect the spectrum of their product, add known quantities of melamine to their product, then collect those spectra and compare them. Thumbprint analysis is basically the same thing. We can’t see the differences with our own eyes, but software programs can,” says Mauer.

The study investigators believe that this technique may be utilized by health officials, among others, to calculate the amount of melamine in infant formulas.

This study has been reported in The Journal of Agricultural and Food Chemistry.