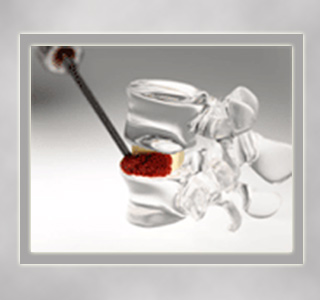 This product is stated to consist of similar mixture as its predecessor, HEALOS created by DePuy itself. However instead of being available in pre-sized strips this latest version is stated to be available as a moldable, injectable and mixable compound.

This latest creation is stated to be a ready-to-use fibrous material which may be injected through varying lengths of cannulas, in order to arrive at the difficult to reach implantation sites. This is believed to be a bone graft option which may be used to reach difficult sites, for instance around the pedicle screws and the interbody space. Apart from this, the HEALOS Fx is also stated to have the ability to be molded for open applications.

Ian Burgess, Worldwide VP of Research and Development for DePuy Spine says that this product proves that the company is capable of giving surgeons better resources especially while they perform a minimally invasive spine surgery.

On saturating this product with the bone marrow of the patient, it is believed to have a cohesive consistency. This is in turn presumed to offer a scaffold for the osteoprogenitor cell growth and bone formation. Seemingly this material may further be resorbed and modified into new bones. The HEALOS platform technologies are stated to have been designed through the use of proprietary nanotechnology which in turn ensures the osteoprogenitor cell attachment and maturation.

Not only this, the product is also said to consist of a mixing and delivery device which permits the creation of a uniform graft material in no time.