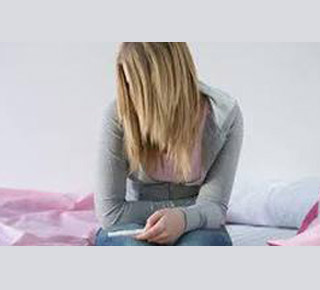 Teens involved in smoking, drinking and drug usage face higher chances of conceiving, or at least the following article suggests so. Psychiatry investigators from the Washington University School of Medicine in St. Louis claim that teenagers who smoke, drink, use drugs, carry a weapon to school, get involved in fights or engage in other risky behaviors are more likely to become pregnant or to impregnate a sexual partner. Indulging in risky activities may not only increase risk for pregnancy, but also elevate the chances of experiencing multiple pregnancies.

As a part of the study, investigators analyzed data gathered in 1999, 2001 and 2003 as part of the National Youth Risk Behavior Survey. It contained information on more than 14,000 high school students, who answered questions about smoking, drug use, drinking and driving, sexual activity as well as other risky behaviors. Volunteers were asked about their involvement in 10 risky health behaviors. Approximately 20 percent boys were seemingly engaged in at least seven of those 10, and over 10 percent of the girls were engaged in the majority of these risky behaviors.

“Teen pregnancies have been declining, but it’s not because teens aren’t engaging in as much sex, it’s that more have been using condoms and other contraceptive methods,” says first author Patricia A. Cavazos-Rehg, PhD. “Yet there’s still this high-risk group of adolescents putting themselves at increased risk for pregnancy and sexually transmitted infections.”

Those involved in risky activities possibly had a raised risk for pregnancy along with an increased risk of multiple pregnancies. With elevation in risky health behaviors, risk of pregnancies supposedly heightened. Around 8 percent adolescent males reportedly impregnated a partner and about 13 percent females experienced a pregnancy. It was revealed that substance-using males and females who had numerous sexual partners probably were least likely to use contraceptives. Such a behavior may put them at risk for pregnancy and STIs.

“If a child is smoking or drinking or engaging in other risky behaviors, school counselors, educators and parents should not only target that particular behavior but also talk to the teen about sex,” remarked Cavazos-Rehg. “If a teen is engaging in these risky behaviors, he or she probably isn’t quite ready to be a parent yet, but those same teens appear to be the most likely to have a child.”

At the time of the study, experts linked substance use with reduced chances of employing any contraceptive method. Girls having six or more sex partners probably were more likely to use no contraception or to rely upon withdrawal as a way to avoid pregnancy. Further investigations are being carried out to determine whether some pregnancies involving high-risk teenagers are intentional rather than accidental.

The study is published in the Journal of Adolescent Health.