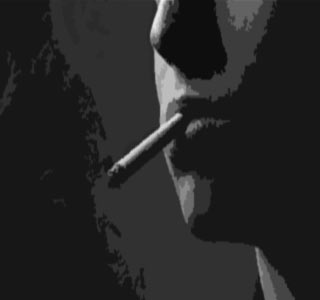 Disparities based on skin and hair color may be more serious than the shade of one’s skin or hair. Although the effects of smoking may be somewhat equal for everyone, African-American smokers are believed to have a greater risk of depending on it as compared to their lighter skinned smoking counterparts. This observation was made by the investigators from The Pennsylvania State University.

These investigators have said that previous analysis on the issue have seemingly demonstrated that nicotine may have a biochemical affinity for melanin (the color pigment in skin and hair). It was also found that although African-American smokers relatively smoke lesser cigarettes, they seem to have a greater intake of nicotine.

Gary King, professor of biobehavioral health, Penn State, says that, “We have found that the concentration of melanin is directly related to the number of cigarettes smoked daily, levels of nicotine dependence, and nicotine exposure among African Americans.”

For this purpose the study investigators evaluated about 150 adult African-American smokers. These subjects were analyzed with the aim of better verifying the factors which linked nicotine exposure, tobacco use and skin pigmentation. In addition to answering a nicotine-dependence gauging questionnaire, these subjects were also believed to have reported their average number of cigarettes smoked daily. Apart from this, the cotinine level of the subjects was also measured. Cotinine is believed to be the metabolic by-product of nicotine which could act as an indicator for tobacco use.

King has elucidated that, “The point of the study is that, if in fact, nicotine does bind to melanin, populations with high levels of melanin could indicate certain types of smoking behavior, dependence, and health outcomes that will be different from those in less pigmented populations. And the addiction process may very well be longer and more severe.”

After verifying all the above mentioned factors along with the age, education etc. of the subjects the experts came to a conclusion. It was found that the genetically acquired melanin and the amount acquired through sunlight may be linked with the daily number of smoked cigarettes. On the contrary, this link was not found when only the genetic amount of melanin was considered.

It was also pointed out that a larger evaluation needs to be considered on the topic before any concrete link may be administered between nicotine addiction and skin pigmentation.

These findings have been reported in the June issue of the Pharmacology, Biochemistry and Behavior journal.