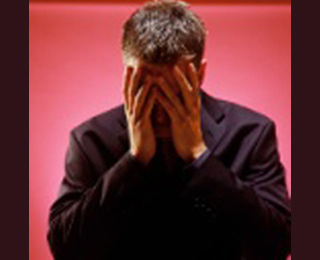 In a shocking revelation by scientists from the University of Bergen, Norway, and the Institute of Psychiatry (IoP) at King’s, it has come to be known that depression may be as much of a risk factor for death as smoking.

For the purpose of the study, the authors were believed to have made use of a unique link between a survey of over 60,000 people and a complete mortality database. They found that over the four years following the survey, the mortality risk appears to have risen to a similar extent in people who were depressed as compared to people who were smokers.

Lead author of the study at the IoP, Dr Robert Stewart, who, elucidated the potential reasons that may underlie these surprising findings said that, “Unlike smoking, we don’t know how causal the association with depression is but it does suggest that more attention should be paid to this link because the association persisted after adjusting for many other factors.”

The study revealed that patients with depression face an overall increased risk of mortality whereas a combination of depression and anxiety in patients may perhaps lower mortality in contrast to depression alone. One of the main messages from this study seems that ‘a little anxiety may be good for you’.

Dr. Stewart further stated that, “It appears that we’re talking about two risk groups here. People with very high levels of anxiety symptoms may be naturally more vulnerable due to stress, for example through the effects stress has on cardiovascular outcomes. On the other hand, people who score very low on anxiety measures, i.e. those who deny any symptoms at all, may be people who also tend not to seek help for physical conditions, or they may be people who tend to take risks. This would explain the higher mortality.”

In terms of the relationship between mortality and anxiety with depression as a risk factor, the study advises that help-seeking behaviour could perhaps explain the pattern of outcomes. Moreover, people with depression may not look for assistance or fail to get help when they do seek it, whereas the opposite may be true for people with anxiety.

“It would certainly not surprise me at all to find that doctors are less likely to investigate physical symptoms in people with depression because they think that depression is the explanation, but may be more likely to investigate if someone is anxious because they think it will reassure them. These are conjectures but they would fit with the data,” continues Dr. Stewart.

The study authors seem to have identified that the findings should be considered in combination with other evidence. Apparently, this would suggest a variety of adverse physical health outcomes and poor health associated with mental disorders such as depression and psychotic disorders.

The authors anticipate that in future, developments may occur in the treatment of depression and anxiety. Moreover, the physical health of people with existing or previous mental disorder may require a lot more attention than it receives at the moment.

This applies to primary care, secondary mental health care and general hospital care in the sense that there should be more dynamic screening for physical disorders and risk factors in people with mental disorders. Supposedly, these risk factors include blood pressure, cholesterol, adverse diet, smoking, lack of exercise. This should be done in addition to more active treatment of disorders when present, and more effective general health promotion.

The findings of the study ‘Levels of anxiety ad depression as predictors of mortality: the HUNT study’ have been published in The British Journal of Psychiatry.