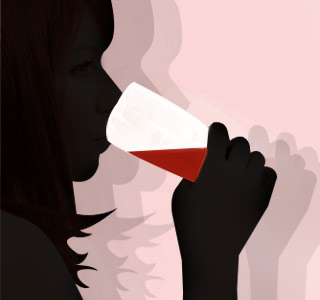 Although of different genre’s, both alcoholism and cancer are believed to have haunted the lives of many people worldwide. But now it may be possible to use certain anti-cancer drugs to treat alcoholism. A team of experts have discovered the “happyhour” gene in flies, which may give them an insight into their response to alcohol.

It was seemingly found that the animals with a mutant version of the happyhour gene appeared to gain immunity to the effects of alcohol. It has been stated that this particular gene usually undergoes its work by inhibiting the route of the Epidermal Growth Factor (EGF). The EGF is apparently believed to be a vital part of cancer. Various drugs have notably been implemented to curb the EGF. It was further stated that the FDA approved drugs like erlotinib and gefitinib have even been put to use for treating certain types of lung cancers.

These experts have now evidently demonstrated that mice and flies treated with erlotinib may seem to gain resistance to the sedative effects of alcohol. It was observed that the mice seemingly consumed lesser alcohol after being treated with this particular drug. However the drug didn’t seem to affect their preference for the consumption of sugary water.

Ulrike Heberlein, University of California, San Francisco, says that, “This is a very powerful example of how simple model organisms — and the little fruit fly in particular — can be used to move quickly from an unknown gene to a potential therapy for drug addiction.”

Human studies were stated to have revealed that genetic factors may have an important role to play in alcoholism. More so a person’s sensitivity to alcohol intoxication was shown to be a predictor for future relapses. Evidently, the genes of flies linked with alcohol response were found to play similar roles in mammals as well. Further analysis on flies was said to have possibly led the experts to the happyhour gene.

These experts have stated that they are still not very sure of the precise procedure through which alcohol affects the EGF receptor pathway. Other than this pathway, the experts may even evaluate the other genes which may somehow be linked with alcoholism.