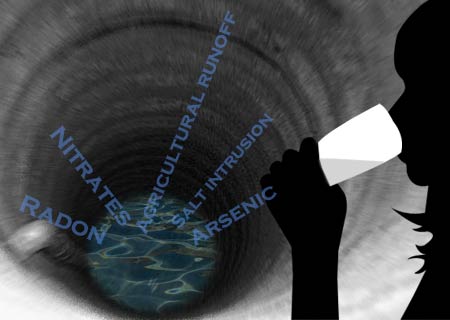 Water, is surely one of the essential ingredients for our survival, but it also has the capacity to harm our body if it is not extracted from the right source. For long, well water has been looked at with a suspicious eye, now a new guidance from American Academy of Pediatrics (AAP) states that private well water should be tested yearly or often in order to reduce the health risks to children.

These recommendations suggest annual testing of the well for checking nitrate and microorganisms such as coliform bacteria that can possibly indicate if the well has been contaminated by sewage.

“Children are especially vulnerable to waterborne illnesses that may come from contaminated wells,” commented Walter J. Rogan, M.D., an epidemiologist at NIEHS and lead author on the policy statement and technical report that appears in the June issue of Pediatrics. “With few exceptions, well owners are responsible for their own wells,” Rogan added further.

Nitrates happen to be the most common contaminant in wells, which is mainly found in sewage or fertilizer. Young infants under three months face difficulty metabolizing nitrate and water consisting of nitrate concentration of more than 1.0 milligrams per liter should not be consumed or utilized especially in case of preparing infant formula for children below 1 year.

Usage of bottled water for children is recommended by the policy, if nitrate contamination is detected. The Policy statement also suggests that families with wells need to keep in touch with the state and local health experts who will give clarity on determining what should be tested in their respective communities as different regions may contain various harmful contaminants such as arsenic, radon, salt intrusion or agricultural runoff and much more.