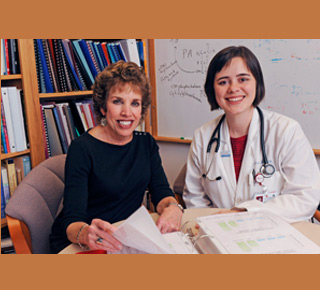 Tiny microRNA molecules known for their involvement in most biologic processes seem to play a mighty role while managing labor. Experts from the UT Southwestern Medical Center assert that microRNAs act together with hormones for regulating the onset of labor. The findings suggest that RNA-based drugs can help to avoid premature labor.

The research conducted on pregnant mice and human uterine tissue supposedly revealed a feedback cycle involving microRNAs as well as proteins called ZEB1 and ZEB2. The cycle also consisted of pregnancy-maintaining hormone progesterone along with genes and other factors controlling contraction of the uterus. MicroRNAs may interact with other protein-making molecules in cells to fine-tune the expression networks of genes and control cell function. Investigators then calculated microRNA levels in the uteri of mice in mid-pregnancy and near labor.

“We’ve been struggling for a long time to understand how progesterone keeps the uterus from contracting during most of pregnancy. Our findings indicate that progesterone controls a family of microRNAs whose levels dramatically increase right before labor. At the same time, levels of the microRNAs’ targets, the ZEB proteins, decrease. This enables uterine contractions,” enlightened, Dr. Carole Mendelson, professor of biochemistry and obstetrics and gynecology at UT Southwestern and senior investigator.

When labor was approached, the level of a microRNA group termed as the miR-200 family allegedly elevated to greater extent. Scientists claim that on artificially stimulating premature labor, the miR-200 levels also boosted. The miR-200s possibly halt the production of ZEB1 and ZEB2 proteins, while progesterone directly raises ZEB1 levels. A feedback cycle of these factors restricting uterine contraction in the presence of progesterone appeared. During pregnancy progesterone apparently acts on the feedback loop to keep the microRNA levels down and the ZEBs elevated. The proteins may further hamper contraction-associate genes.

Before labor progesterone action probably declines, the ZEBs are suppressed, miR-200s heighten and contraction-associated genes are turned on. At the time of the research, experts directly tested the contractility of cultured human uterine cells having low or high levels of ZEB1 or ZEB2. Uterine cells with low levels of ZEBs in oxytocin supposedly contracted, but those with high levels did not. The result was apparently similar to what happened in the pregnant mice. It appears that the miR-200 family can be included as a therapeutic target for tackling premature labor.

The research is published online in the Proceedings of the National Academy of Sciences.